Get the champagne and noisemakers ready! On the next Live in Concert, it’s our annual New Year’s Eve Spectacular!

We’ll hear the very best performances, all captured live on New Year’s Eve. Our headliner is The Eagles! We'll hear a legendary performance from the eve of the new millenium- December 31, 1999!

Many people around the world were worried about computers crashing, and the possible mayhem, all because older systems used a 2 digit date system. Remember all the talk of being Y2K compliant?

About 20,000 people put all that aside for the night, and decided to bring in the new millenium with The Eagles. They spent the hundreds, thousands, or even tens of thousands of dollars necessary to secure their seats. At least they were treated to this historic performance!

Don’t miss The Eagles, and our New Year’s Eve Spectacular on Live in Concert! 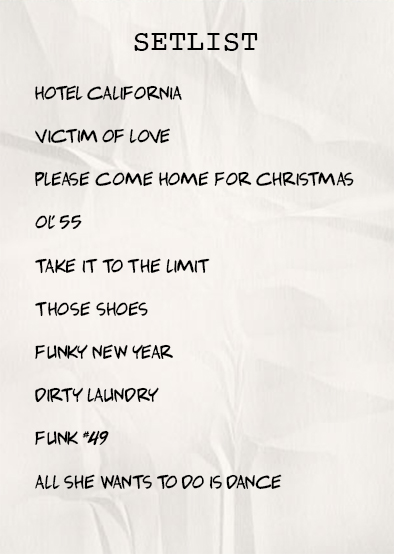