They’re out on the road and touring this summer with REO Speedwagon, and former Eagle’s guitarist Don Felder. It’s the “United We Rock” tour. Click here for all the details.

This weekend, we’ll go back to their 1996 reunion tour with original lead singer Dennis DeYoung. We’ll hear the final concert from the tour- a hometown show in the Chicago area at the Allstate Arena in nearby Rosemont. It was captured live on September 22nd, 1996. 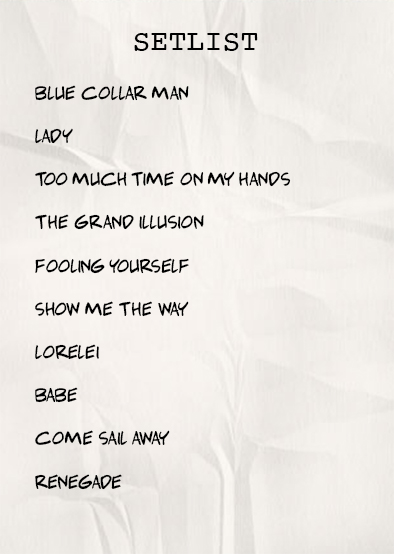