Billy Joel continues to break his own record of consecutive sold-out performances at Madison Square Garden in New York City! With each new concert, he's extending the record by one. His next performance at "The Garden" is Tuesday, June 6th.

He's touring all summer long. You can find his complete itinerary HERE.

This weekend, we’re going back to Billy Joel’s highly successful “River of Dreams” tour. We’ll listen to a legendary performance recorded live at the old Boston Garden. It was September 17th, 1993. 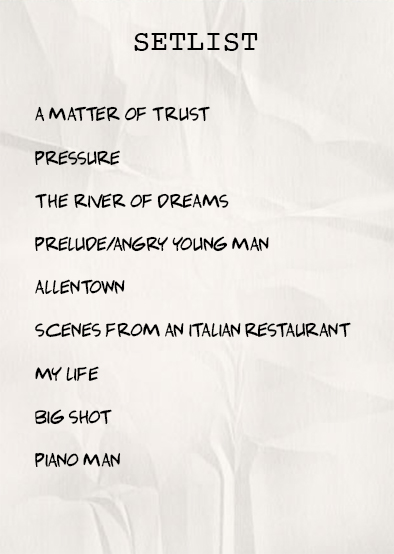