This weekend, we’ll hear the concert Elton John himself says is the most memorable in his career.

Why is it so memorable? After losing a bet about his new song "Whatever Gets You Through The Night" reaching number one on the Billboard charts, former Beatle and music legend John Lennon made good on the bet and joined Elton John on stage! We’ll hear that legendary jam session, and the rest of Elton John’s concert as well.

It was captured live at Madison Square Garden in New York City on November 28th, 1974. 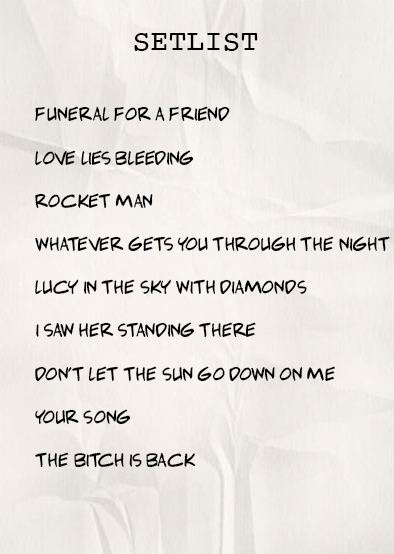