After a couple months of some well-deserved rest, Fleetwood Mac’s “On With The Show” tour starts up again in just about 2 weeks in San Jose, California. Click HERE for all their tour dates.

14 years ago, Fleetwood Mac went out on tour in support of their “Say You Will” album. They played 136 concerts in 16 months, including the concert we’ll hear this weekend. It was captured live at the TD Garden in Boston, on September 23rd, 2003. 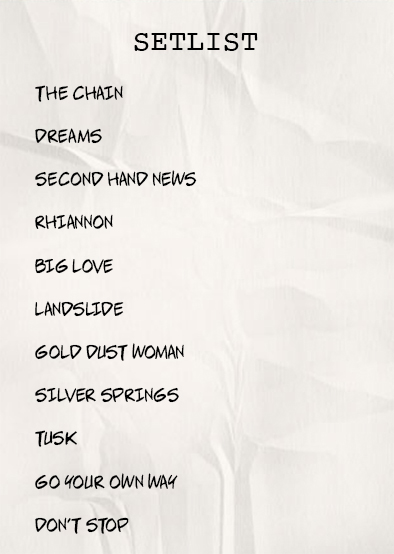