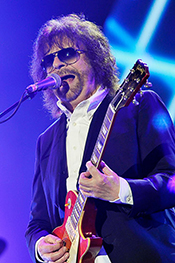 An argument could be made that ELO is more popular today than they were during their heyday in the 70's. Their resurgence has been absolutely remarkable. In fact, they recently announced they're launching a US tour for the first time in over 30 years! The tour kicks off in Oakland, in late summer.

This weekend, we'll listen to a legendary performance from last summer. It was captured live on June 24th, 2017, in front of a capacity crowd of over 60,000 at Wembley Stadium in London. Jeff Lynne has said it was the best time he's ever had in music! Coming from a guy with his rich history, that's saying a lot!