During their 1983 “Kilroy Was Here” tour, Styx was coming apart at the seams. Despite brilliant live performances and incredible album sales, the band had absolutely no chance of surviving. The tension within the band was too great, and too personal.

This weekend, we’ll hear one of those brilliant live performances! The show was captured live at the historic Saenger Theatre in downtown New Orleans on April 10th, 1983.

Styx never sounded better, but the end was only weeks away. Don’t miss the classic lineup of Styx- they’re headlining this weekend’s Live in Concert! 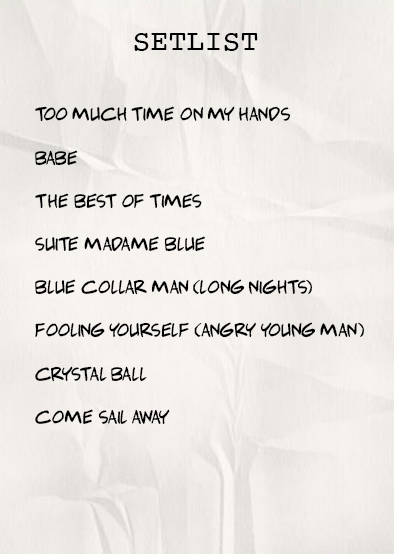