After releasing the “Hi Infidelity” album in the fall of 1980, everything changed for REO Speedwagon!

They went from playing high schools, small clubs, and theaters, to selling out full size arenas and even stadiums!

On this broadcast of Live in Concert, we’ll listen to a legendary performance from their subsequent “Hi Infidelity” tour. It was captured live at the Boston Garden on July 15th, 1981.

Don’t miss the pride and joy of Champaign, Illinois…REO Speedwagon! They’re headlining the next Live in Concert! 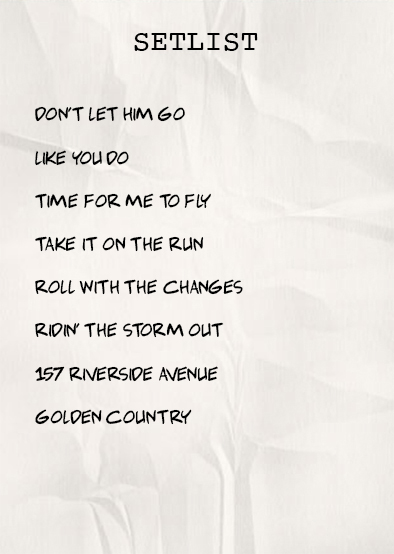 Dire Straits
Recorded live in Rotterdam, The Netherlands, on 9/29/1992