Every iconic band has a certain album that stands out above the rest, and has defined their career. For U2, that album is "The Joshua Tree."

It was their 5th studio album, and it was the the #1 album on the billboard charts for a mind-blowing 9 consecutive weeks! It won 2 Grammy awards, including Album of the Year!

On this broadcast of Live in Concert, we're going back to U2's original "Joshua Tree" tour. We'll listen to a legendary performance captured live at the Meadowlands Arena, in East Rutherford, New Jersey. It was May 15, 1987.

Don't miss rock legends U2! They're headlining this weekend's Live in Concert! 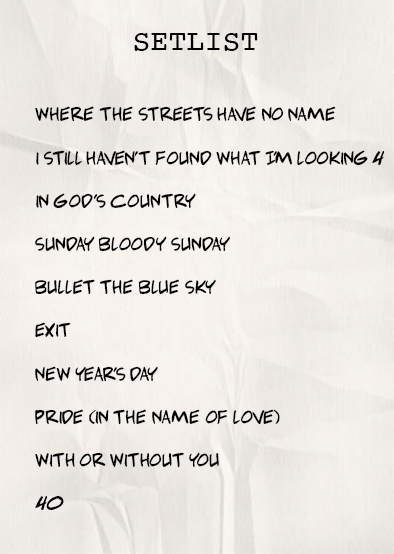