Hoosiers from all over Indiana, as well as fans from neighboring states like Illinois and Ohio, filled the Deer Creek Music Center, a beautiful outdoor music theater in Noblesville, Indiana, just outside of Indianapolis.

John Mellencamp, fresh off the release of his 11th studio album, "Whenever We Wanted," took the stage and delivered a legendary performance for the sold-out crowd of over 25,000 fans, including many of John's friends and family from his home in nearby Bloomington. 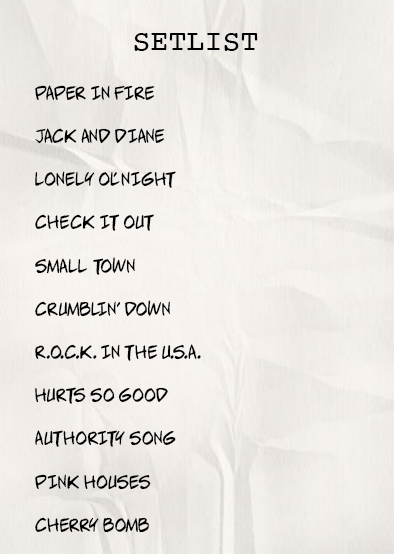